Last week, VivaTech was the place to be. Techies, geeks, startupers and entrepreneurs from all over the world flocked to Paris. During three days, the city celebrated innovation and the future of tech. Because real-life connections and human exchanges will never be entirely replaced by the digital space. Putting people at the center was a leitmotif for this year’s summit and topics such as Tech4Good and United Tech for Europe were on the programme. Where the «crème de la crème» of technology meets, Switzerland is never far. This year, Présence Suisse showcased #SwissTech at the SWISS Pavilion. Switzerland Global Enterprise (S-GE), swissnex, innosuisse and digitalswitzerland were partners. Here are some of our impressions from Paris.

To demonstrate how technologies are increasingly shaping our everyday lives, this year’s SWISS Pavilion focused on “smart living”. On stage, a young couple, Heidi (what else) and Guillaume, portrayed their everyday struggles. From opening bottles to training for a marathon, sleeping and making babies – Swiss technology offers solutions for an easier and more convenient life.

The startups which created these innovative solutions were also present at the SWISS Pavilion. Talking to them was exciting and inspiring. For them, being at VivaTech and connecting with potential partners, investors and customers was a tremendous opportunity. As Swiss startups compete with hundreds of thousands of other international startups, they need visibility and especially access to the right connections and finances as fast as possible.

In the buzz of the enormous Viva Tech summit, there are a few outstanding new technologies and startups. One that impressed us most was the Swiss startup Twiice. They developed a lower-limb exoskeleton that can help paraplegics walk again. Handcycling champion and former acrobat Silke Pan demonstrated how the Exoskeleton works. She told her very personal story and how through the new possibilities of technology, she dared to dream again: «I dreamed of finding my body back.» This is where technology changes everything and truly adds value. Tristan Vouga, co-founder of Twiice, made the point that Switzerland must be visionary in research to advance technology for the benefit of humanity.

nother highlight at Vivatech was the presence of the four-legged robot ANYmal, developed by ETH Zurich for use in difficult terrain and during catastrophes and rescue operations.

An evening at the Swiss Embassy

One highlight of the VivaTech conference was – at least from a Swiss perspective – an evening at the Swiss Embassy, hosted by Swiss Ambassador to France, Livia Leu. Secretary of State for Education, Research and Innovation, Martina Hirayama, introduced the evening by summarizing key-factors for Swiss innovation:

ETH President Joël Mesot, Solar Impulse visionary Bertrand Piccard and our very own Head of Suisse Romande, Sébastien Kulling contributed to a panel discussion about the Swiss innovation ecosystem and the place of Switzerland in a competitive international environment.

Why do a project such as Solar Impulse in Switzerland and not somewhere else? Betrand Piccard thinks that on the one hand, the Swiss have a dedication to work. And maybe because Switzerland is a small country, its inhabitants want to demonstrate that they are capable of major projects. He added: «What fascinates me in Switzerland is that technology is put to the service of quality of life and human beings. And it arouses passions!» Joël Mesot underlined the importance of research. Swiss technologies are everywhere, even in our chocolate, he said with a wink. However, there is still room for improvement and some professions and industries are less digitalised today, such as those of lawyers and medical doctors. And especially the SMEs need to catch up, pointed out Sébastien Kulling who also commented “Vivatech is a fabulous environment to showcase what Switzerland is all about: technology centred around human needs and a respect for its environment.”

Ingredients for the (tech-) future

In conclusion, VivaTech is definitely worth a visit. With around  124’000 visitors from 125 countries, 13’000 startups, 3’300 investors and 2’500 journalists in three days, high-level speakers like French President Emmanuel Macron, Canada’s Prime Minister Justin Trudeau and Alibaba founder Jack Ma, the summit is almost overwhelming, capturing all the senses with sounds, talks, images and movement. Big players such as Google and Facebook were present, as well as hundreds of smaller, creative and innovative startups from all over the world. With above all, the promise of a better future thanks to new technologies.

Another two points stand out.

First, even though “Women in Tech” was a major agenda point during this year’s summit and gender parity was promoted through various activities, the IT and startup sector still appears very male-dominated. For a progressive tech future, a shift of mindset is needed. Today, (gender-) diversity is not just a nice-to-have but a prerequisite for successful organisations in an increasingly complex and interconnected world.

Second, it becomes evermore clear that for a sustainable use of new technologies, critical scrutiny of the societal impact of new technologies is necessary. “Putting people at the center” should not remain a marketing slogan, but truly trigger a deeper reflection on what new technologies mean for our everyday lives – how we communicate, live, work and travel. Only in this way will the number of arbitrary decisions diminish and lead to greater societal acceptance. A first step towards this goal is the Swiss Digital Day, which will take place for the 3rd time on 3 September 2019: A “smaller Vivatech” in all regions of Switzerland – but for the people. 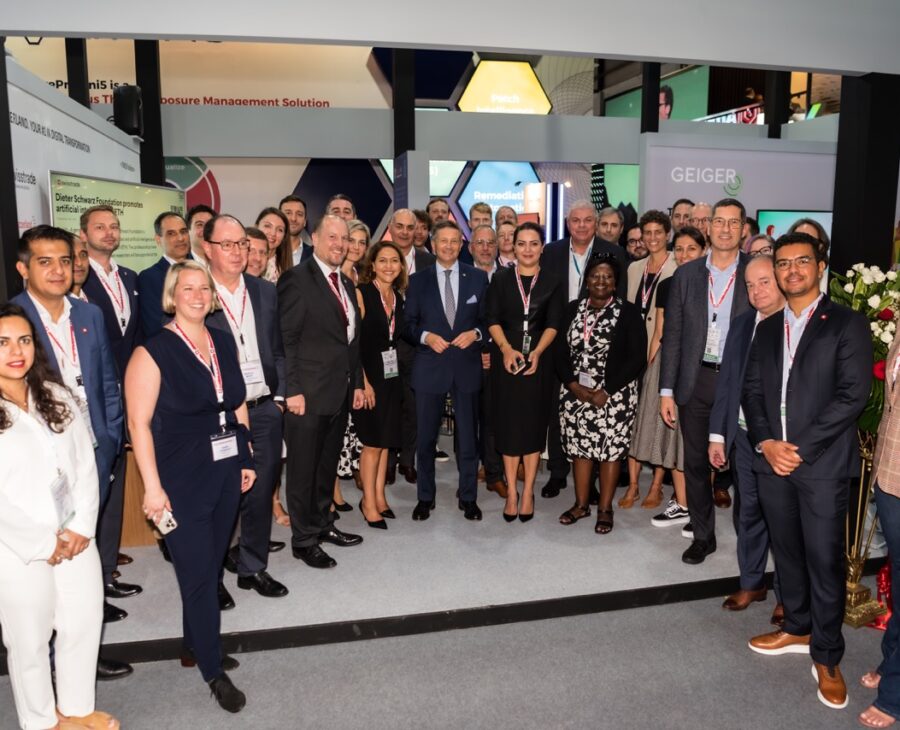